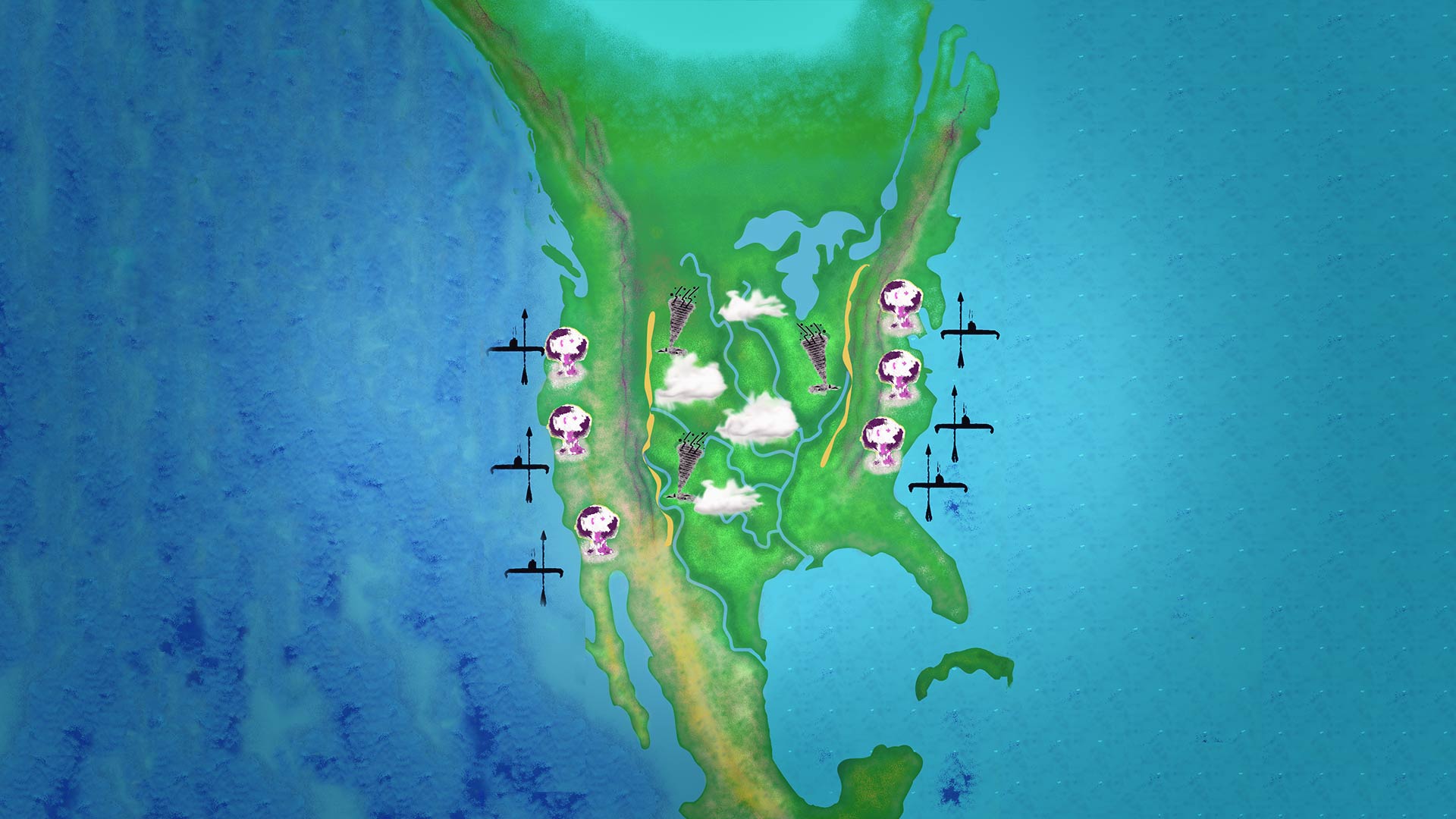 The essential task of Mashiach ben Yossef: he will prepare the world for the coming of the final redeemer. Different sources attribute to him different functions, some even charging him with tasks traditionally associated with Mashiach ben David (such as the ingathering of the exiles, the rebuilding of the Bet Hamikdash, and so forth).

The principal and final function ascribed to Mashiach ben Yossef is of a political and military nature. He shall wage war against the forces of evil that oppress Israel. More specifically, he will do battle against Edom, the descendants of Esau. Edom is the comprehensive designation of the enemies of Israel, (some sources state the final enemies of Israel to be the Ishmaelites (Arabs); some state Edom and Ishmael) and it will be crushed through the progeny of Joseph. Thus, it was prophesied of old, The House of Jacob will be a fire and the House of Joseph a flame, and the House of Esau for stubble. (Obadiah 1:18): the progeny of Esau shall be delivered only into the hands of the progeny of Joseph.

This ultimate confrontation between Joseph and Esau is alluded to already at the very birth of Joseph when his mother Rachel exclaimed, “G-d has taken away my disgrace.” Genesis 30:23 With prophetic vision she foresaw that an anointed savior will descend from Joseph and that he will remove the disgrace of Israel. In this context she called his name “Yossef,” saying ‘yessef Hashem – may G-d add to me ben acher (lit., another son), i.e., ben acharono shel olam – one who will be at the end of the world’s time,’from which it follows that ‘meshu’ach milchamah – one anointed for battle will descend from Joseph.

The immediate results of this war will be disastrous: Mashiach ben Yossef will be killed. This is described in the prophecy of Zechariah, who says of this tragedy that “they shall mourn him as one mourns for an only child.” Zechariah 12:10. His death will be followed by a period of great calamities. These new tribulations shall be the final tests for Israel, and shortly thereafter Mashiach ben David shall come, avenge his death, resurrect him, and inaugurate the Messianic era of everlasting peace and bliss.

This, in brief, is the general perception of the “second Mashiach,” the descendant of Joseph through the tribe of Ephraim.

Quite significantly, R. Saadiah Gaon (one of the few to elaborate on the role of Mashiach ben Yossef) notes that this sequence is not definite but contingent! Mashiach ben Yossef will not have to appear before Mashiach ben David, nor will the activities attributed to him or his death have to occur. All depends on the spiritual condition of the Jewish people at the time the redemption is to take place:
The essential function of Mashiach ben Yossef is to prepare Israel for the final redemption, to put them into the proper condition in order to clear the way for Mashiach ben David to come. Of the ultimate redemption it is said that if Israel repents (return to G-d) they shall be redeemed immediately (even before the predetermined date for Mashiach’s coming). If they will not repent and thus become dependent on the final date, the Holy One, blessed be He, will set up a ruler over them whose decrees shall be as cruel as Hamon’s, thus causing Israel to repent and thereby bringing them back to the right path. In other words, if Israel shall return to G-d on their own and make themselves worthy of the redemption, there is no need for the trials and tribulations associated with the above account of events related to Mashiach ben Yossef. Mashiach ben David will come directly and redeem us.”

Learn More About the Book

This email sent in by Roman:

“Check this out, ever since I first heard of this warrior messiah character, I’ve been able to make some connections between him and some parts of popular culture and other religions. This might all be a strange coincidence but it’s still interesting to think about. Here’s one example to start: there’s a native American tribe in Arizona called the Hopi. A big part of their faith is prophecy which was handed down for thousands of years among their elect. One of their prophecies prophesies about a pale (Caucasian) warrior who will sport a red cloak or hat and will unite all the people of the world by dethroning the corrupt leaders of the enlightened (technologically advanced) nations. The prophecy states that he will be “all powerful and no one will be able to stand against him.” I think it was Thomas Banyanca that said that but I’m not sure. Coincidentally, according to scriptures in the Jewish faith, Messiah ben Joseph will have white priestly garments that are destined to be stained with blood (which is red) because he will be treading the wine press of God’s fury. That probably meaning the same as the Hopi approach. I think it’s important to note the red clothes in both prophecies because it re-appears in the Christian apocalypse when I think it was John talking about the “son of man” who also wears blood-stained garments (also known as the garments of vengeance in some parts of the Bible) and has a sword coming out of his mouth with which he smites the nations.

One thing I forgot to mention is his physical appearance. The Hopi say he’ll have long dark hair and will have two helpers. The Muslim end times prophecy states that the mahdi (messiah) will be a man of a pale complexion, lank hair which is black or brown, and that he’ll be leaning on the shoulders of two angels. With that, I think it’s safe to say that these prophecies are pretty similar to one another even though the messiah of each religion ends up promoting that religion over the others. With the Hopi being the exception on account of “pahana” having no religion but his very own. But the one thing that these prophecies all share is the eventual triumph of good over evil and the peace that follows. Kind of reminds me of the movies where some charismatic hero kicks a lot of ass, usually for a greater good. That’s where I make the connection with the popular culture. And once again this idea might not have any spiritual or intellectual value and it might damage any credibility the other connections had, but I know I’m not the only one that noticed this and I really hope some people understand why it’s so weird. Here goes. So I like to play video games. And I really notice that some of the most violent, action-packed video games have a lead character which exhibits the same traits as Messiah ben Joseph. And you really don’t have to be an expert on video games to notice. Just go to a game web site and see for yourself. Games like Devil May Cry, God of War, Prince of Persia 2, Onimusha warlords, and shinobi all include a supernaturally powered hero who wears eye-catching scarlet apparel and kills a whole bunch of evil people/monsters in a violent yet stylish manner. Coincidence or design?”